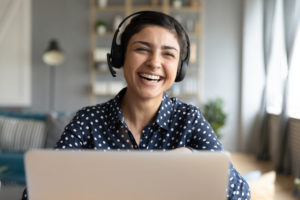 If you’re a real estate professional and active lead prospector, your focus is always zeroed in on getting the “yes.” It could be “yes, I’m willing to continue this conversation,” or “yes, I’m open to hearing how you might sell my home,” to “yes, I’ll sign a listing contract with you.”

Of course, if it was easy to always get a yes, everybody would be selling real estate and making lots of money. The truth is, a yes does not come easy. This is particularly true for those agents who don’t actively plan to get the yes in advance of a conversation with a prospect.

Many top performers in our industry rely in the principles of neural-linguistic programming (NLP) as the foundation for their prospecting efforts. Developed in the 1970s, NLP is the process by which we use the language of the mind to achieve desired objectives and outcomes on a consistent basis. Some have referred to NLP as the “study of human excellence.” In essence, NLP is about modifying the thinking process of another person at a deep, unconscious level.

Body language and facial movements can tell us a lot about how a person feels about themselves and how they might be reacting to something you’ve said or done. On a simplistic level, you can learn the following by studying someone’s eyes:

In general, working with NLP can help you become more outcome-focused, more observant of life around you, more flexible and more effective at building trust and rapport.

It’s possible that you aren’t a student of the science of NLP. But, if you use real estate scripts, such as those provided through the VULCAN 7, you are, in effect, putting one of the key principles of NLP to work, and that is: framing.

One of the biggest challenges for any real estate professional is to effectively guide every conversation with a prospect toward YES. That’s because we often lead with no-leaning statements or questions, that naturally give the prospect a way out of the conversation.

Anybody who has been selling for a reasonable amount of time has, likely, at one time or another fallen into these negative, conversation-opening traps:

There numerous other examples, but these might be the biggest culprits when it comes to poor, negative-leading conversation starters.

If you’re able to stay away from the negative-leaning traps above, you’re off to a good start.

But, what if the prospect leads with a negative statement: “What is it with you people? I’ve already had a dozen calls this morning.”

If they say something negative, that gives you the opening to:

This is a very simplistic example, but you get the idea. NLP is about leading the conversation, and focusing on the ultimate goal of the prospect.

It’s all about the YES!